The Crafty Beer Scene or A Tale of Two Cities

Posted on August 22, 2014 by Brother Spargealot 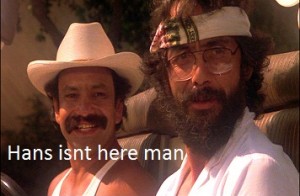 The Church of Zymurology is fortunate to have two distinct homes. One is the lovely city of Austin, Texas and the other the equally beautiful town of Boulder, Colorado. During the three years in which we have ambled back and forth enjoying the local beer scene key differences became increasingly apparent.  I covered variances between beer festivals in past posts, so this time I am focused only on the sociological variances I perceive on a very subjective level.  Let’s start with Boulder, after all it does have the longest brewing tradition replete with pictures of Fred, Charlie and other “Craft” beer pioneers hanging on the wall at Boulder Beer Company.  Boulder and its environs have at last count 37 breweries with many more in planning. While many are new, others such as Boulder Beer and Avery have been around for quite some time.  Go North towards Fort Collins or 20 minutes Southeast to Denver and the number of breweries climbs to dizzying heights. Within this context it’s not surprising that people in Boulder and along the Front Range are not quite as excited about new breweries or the goings on at existing ones these days. Certainly, grand openings create buzz, but the market is starting to become saturated, if it is not already.  After being in Boulder for over two months I have yet to visit all of the new breweries around us much less get back to some of our old favorites.  The term “saturation” as applied to beer markets might be defined by some as the point at which some breweries close due to the sheer number of competitors, but for me it’s the point at which I can no longer keep up with new ones and also schedule trips to old ones I enjoy.  As in Portland it seems with a plethora of commercial options many people that would otherwise try their hand at homebrewing simply don’t. There are a large number of commercial brewers in the area. You meet them at happy hours all over town or manning booths at beer festivals, but given their sheer number few if any are considered celebrities and most people in Boulder see little need to push their way through crowds in order to chat with them in order to bask in their greatness.  The people that blog or write paid articles about the local beer scene are no less famous in local circles. They enjoy what they do and some make some money at it, while I am sure others do it in order to get into events. Still, those that cover the scene in the area are seemingly knowledgeable and not overly self aggrandizing. I have never seen any of them trying to curry favor with brewery reps or brewers in flagrant attempts at self promotion.

On that note, let me turn my attention to Austin, Texas.  I love the town and the people that I am fortunate to call my friends.  I might be completely mistaken but I perceive ongoing changes in Austin that will at some point make it more like Boulder. Austin has a robust homebrewing scene that is directly related to what was for some time a very sparsely populated local commercial beer industry impacted by the downturn over ten years ago. That is changing however as breweries continue to pop up and new beers enter the market thanks to revised labeling mandates.  Many homebrewers in the area have aspirations of opening their own breweries or brewpubs, while others enjoy competition. Still, there are some homebrewers that admit brewing less these days given the amount of quality commercial beer available. New breweries in Austin are improving, although the bar is still not set very high as compared to other mature beer producing states. Whereas there are very few breweries in Boulder producing what some might subjectively label as “bad” beer (OK I can think of one), Austin still has a large proportionate number making substandard beer on an inconsistent (or more worrying a consistent) basis that would fare poorly in most homebrew competitions.  One attribute about Austin that extends beyond the realm of beer involves the number of people that refrain from any negative commentary when it has to do with local businesses. From mediocre restaurants to horrible breweries, there are few that speak out and more often than not there are some that are happy to tell the business how wonderful they are, thereby doing a disservice to the business and everyone that walks through their doors. It is frustrating to watch the general public acting like brainless cheerleaders and it is even more maddening when so called “authorities” do the same.  Austin is full of beer “authorities”, many of whom know little to nothing about how beer is made much less anything more substantive. I remember an incident at the GABF one year in which a group of Austin area bloggers that obtained media passes sat in the press room looking over a list of breweries in attendance. One asked another whether 512 was any “good” and the other said they “thought they were.” Yes, self promotion in Austin can get you far regardless of what you know. Similarly, the somewhat insular and nascent Austin beer scene seems to foster the notion that brewers are celebrities.  I am lucky to count some of the brewers in Austin as friends and I value them as people I enjoy talking to, but they aren’t celebrities to me.  I don’t seek people out because I want to bask in their glow or because I want something from them, I talk to them to find out who they are and sometimes to ask questions about their business. It would be difficult to count the number of times self promoting types have rushed in to get the attention of people they deem to be beer celebrities in order to interject something about themselves. In Austin this type of self aggrandizing “networking” is all too common, although in three years I have never witnessed it happening in Denver or Boulder (except perhaps during GABF when people from other states surround celebrity brewers like a pack of laughing wild hyenas).

Before concluding I should also admit other cities such as Houston are similar to Austin in some ways due in part to the same dynamics. The good news from my standpoint is that Austin will likely be among the first to undergo fundamental changes in the years to come that will make it more like mature beer markets such as Denver and Boulder. Hopefully more and more breweries open saturating the market and employing a large number of brewers.  At some point the majority of area breweries will be judged on the product they make by a public that can make their own decisions without reading the latest “Top Ten Austin Beers to Drink this Fall” article pushed out by the latest celebrity “expert”.  With the demise of celebrity self promotion will also hopefully decline…although I am sure those with the propensity will find another avenue.