Posted on August 26, 2015 by Brother Spargealot 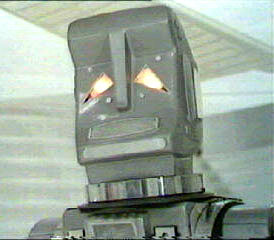 Please excuse my long absence, but to be honest at times I get a little weary of it all. I once enjoyed pontificating about beer but these days the beer world is generating so much attention from those seeking to make a name for themselves in this ever expanding universe it genuinely makes me want to crawl in a dark hole. However, every now and then I come across something that prompts me to put pen to paper once again. Whenever I see stories about established breweries entering into out of state distribution deals it always gives me reason to pause and reflect upon what I see as the inevitable reckoning awaiting US “craft” breweries. It’s difficult being the pessimist sometimes, but we have enough cheerleaders to drown out the lamentations of those like me that predict another paradigm shift is on the horizon.  This isn’t the first time we have focused on the inevitable saturation of the US craft beer market.  As distribution channels open across the country and “craft” breweries undertake massive expansions the signs are there regardless of the rosy predictions from the Brewers Association. You see it when Upslope sends beer to Texas or St Arnold sends beer to Colorado.  It’s the uneasy feeling you get when New Glarus declares it will sell into Illinois after years of using the “Wisconsin Only” tag as a marketing hallmark. From massive planned expansions at old stalwarts like Anchor to unprecedented growth at regional breweries like Ballast Point and Great Divide or Breckenridge, as breweries expand to secure an increasingly finite piece of the consumer pie they find themselves needing to look beyond their traditional markets in order to maintain their economy of scale and justify production. Simply look at how many have entered into out of state distribution arrangements or the growth of contract brewing operations. All of this came to mind when we visited Breckenridge recently and I read a local paper that contained an article about Backcountry in Frisco, a packaging brewpub opened in 1996. According to the article owner Charlie Eazor recently entered into a deal to begin distributing in Texas starting with Dallas and Forth Worth through Full Jacket Distribution.  He was quoted as saying “In Colorado we’re another Colorado beer fighting for shelf space with 200 other Colorado beers. In Texas we’re a Colorado beer fighting for shelf space with the unique fact that we’re a Colorado beer”. Apparently they will start with placement in Whole Foods, Specs, Trader Joes and Krogers.  Was this a sincere effort based on sound market research? Certainly the first part of his quote indicates their growth prospects within Colorado are limited. A quick search at www.specsonline.com and you find over 200 12oz examples of just Texas craft beer and about 350 “craft” bottles. I like Backcountry’s beers but I for one am not so certain being a “Colorado beer” is something unique enough to set it apart in Texas…but what do I know.