Posted on September 27, 2015 by Brother Spargealot 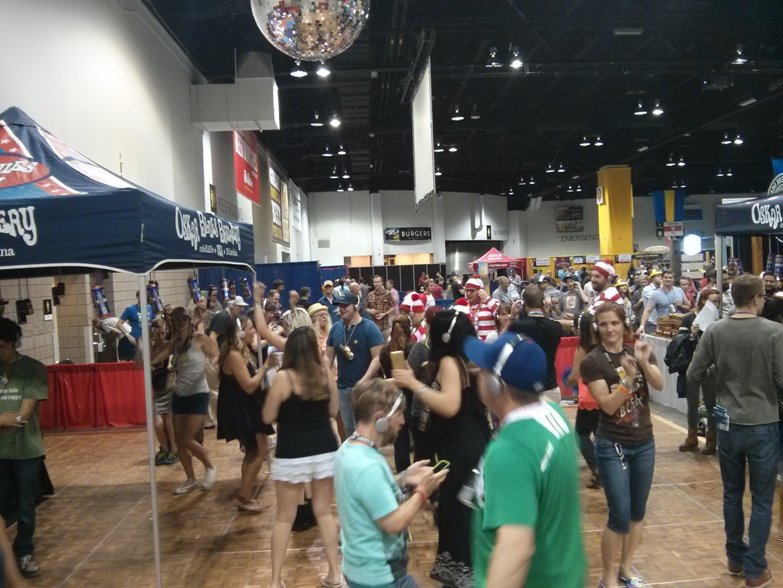 After roughly a decade of attending GABF the event continues to change, so I thought I would jot down a few of my thoughts before they begin to fade.

First, despite expanding into a side hall GABF continues to burst at the seams, and with an increased ticket limit there was a bigger crowd.  Maybe the idea looks good on paper, but when a huge percentage (now larger) wants to stand in lines for Dogfish or Wicked Weed, or frequent popular areas like the region hosting Southern California, then the masses become harder to navigate.

There were some incredible new breweries at the festival, but the concept of allowing any brewery that gets their opportunity to enter and serve is woefully outdated. In the last few years as the number of booths increased so has the number of objectively bad beers being served. This was the second year in a row a brewery served a sour heavy with butyric acid (imagine soiled baby diaper). Walking around was a lesson in off-flavors at times. I believe I poured out more samples this year than I drank to be honest.  I am still not sure why the Brewers Association doesn’t consider hosting small regional qualifying competitions across the US that then feed into the GABF making it a showcase for the best beers in America? It seems they would make more money and retain a legitimate way to keep the numbers under control.

OK enough with the negative vibes, here is a list of my highlights:

*Seeing our beloved pet’s name on a beer being served

*Escorting a beautiful girl around the festival floor

*512 in Austin Texas winning gold for their sour

Cloistered with a bubbly personality.
View all posts by Brother Spargealot →
This entry was posted in Beery Happenings Beyond, Blogroll, Central Texas Beer Happenings. Bookmark the permalink.