The End is Nigh!

Posted on March 1, 2016 by Brother Spargealot 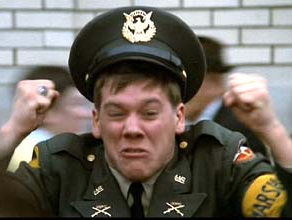 Perhaps I am being a little over dramatic, but for the last several months signs of the great US craft beer apocalypse keep reappearing.  Today I will go out on a limb and say that in several states the crest of the latest cycle has been reached and market saturation will start to impact growth in a very real way. If you are a student of economics then you know paradigm shifts don’t happen overnight, but there are always signs that a market will correct. As I mentioned in the past market dynamics will impact some breweries more than others.  Those relying on distribution for a majority of their net income might find the next few years difficult, especially if they are less competitive due to inadequacies with regard to marketing, distribution or product. Destination breweries and brewpubs are insulated to a large degree, but breweries seeking to sell most of their volume off premises will find the market competitive. in places like Texas there might be more opting to transition to a brewpub status. In places like New Mexico a microbrewery can distribute to as many as three offsite “tap rooms” which also makes them somewhat insulated and essentially provides them with access to a self contained market within a particular geography (something I hope guilds in places like Texas are working on). So here are some current signs of the coming beer apocalypse in my very subjective and jaded opinion:

There are more signs foreshadowing the great US beer apocalypse, but it’s not all doom and gloom. Consumers should rejoice as the fallout should (in theory) weed out producers of subjectively “bad” beer, the only caveat to that being sometimes those with the most marketing dollars are the ones inexplicably left standing. Let’s make sure that doesn’t happen however by introducing your friends to good beer and teaching them about off-flavors – the future is in your hands.