Posted on February 6, 2018 by Brother Spargealot 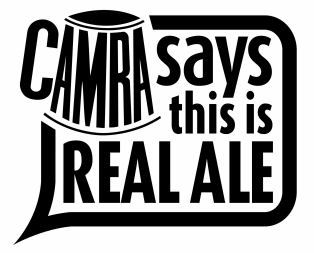 There is a “raging” debate going on across the pond among CAMRA members (along with many non-members) regarding what is to become of the stodgy institution initially tasked with saving real ale in the UK back in the 1970s. Although the organization saw its membership climb in the last decade to roughly 185,000 members it struggled to find a purpose as the number of new breweries in the country skyrocketed. Members started to clamor for kegged beers and more ciders at festivals. Breweries ridiculed the rigid enforcement of their cask-only stance when it came to local production.  All of this came to a head as CAMRA (Campaign for Real Ale) undertook a Revitalisation Project to examine what the organization should stand for and where it should direct its efforts moving forward. Although the findings suggested some changes and admitted it was a somewhat antiquated, ultimately upon receiving member survey results  the study concluded its “core focus should not change”. For a look at the most recent document see https://s3-eu-west-1.amazonaws.com/rp2016/Survey+3+results+analysis.pdf.  Roughly 90% of those that responded to the survey were aged 40 or older which probably explains why there was a slight majority in favor of maintaining the course when it comes to the organizations focus, but surprisingly most also agreed it was time to allow non-cask beer made in the UK into festivals in a larger way. There was also more consensus in promoting bars that serve quality beer but might not serve cask into guidebooks etc. Into the looming fray Bradley Cummings, Managing Director of award willing brewer Tiny Rebel in Wales threw in his hat to run for CAMRA’s National Executive. You can see his manifesto here https://drive.google.com/file/d/14S-kZzo-uNYYX-1dsJPZnQhUwcIpDytg/view. Basically Mr. Cummings contends the proposals do not go far enough, quickly enough and caters to a vocal minority within the membership – a salient point given the stated demographics. I won’t go into detail but if you are interested in the proposals check it out.

Since no one reads this I will throw out my concerns as a vocal outsider and sporadic CAMRA member. The craft beer revolution happening in the UK is nothing new to those of us that live in the US. I’ve been drinking crazy hopped DIPAs, flavored barrel aged stouts, and fruited wild sours for more than two decades.  Many markets in the US might be legitimately labeled as saturated.  I can see the same thing happening in the UK. The excitement for the next cloudy IPA or kiwi berliner weisse is real and there is nothing wrong with that.  Personally I still enjoy trying new beers, especially sours and heavy stouts. My only concern, one that I have maintained for many years, has focused on the preservation of a British brewing tradition that could fall victim to the success of an industry it helped revitalize through CAMRA. I could draw a comparison to what is happening in Germany which is undergoing a similar but comparatively slower growth spurt in the craft market. Do we want to supplant the Andechs and Schlenkerla’s of the world and relegate their stodgy old offerings to the history books?  We hope to return to GBBF this year after a three year absence, but I remember clearly the last time there we noticed there were far fewer old established breweries attending and a lot of the offerings deviated from standard beer styles by including various adjuncts or a large amount of American hops etc. One of the reasons I want to go back is to see if this trend continues. As for CAMRA perhaps it does need a complete overhaul. I don’t know if it should be called CAMRA at that point, but maybe CAMBER Campaign for Quality Beer. Regardless I hope they keep a subgroup that does remain focused on the preservation of quality real ale made using traditional ingredients and served by traditional means. Who knows, after a couple decades of drinking extraordinary craft offerings the imbibing public might find they want a well made pint of bitter.